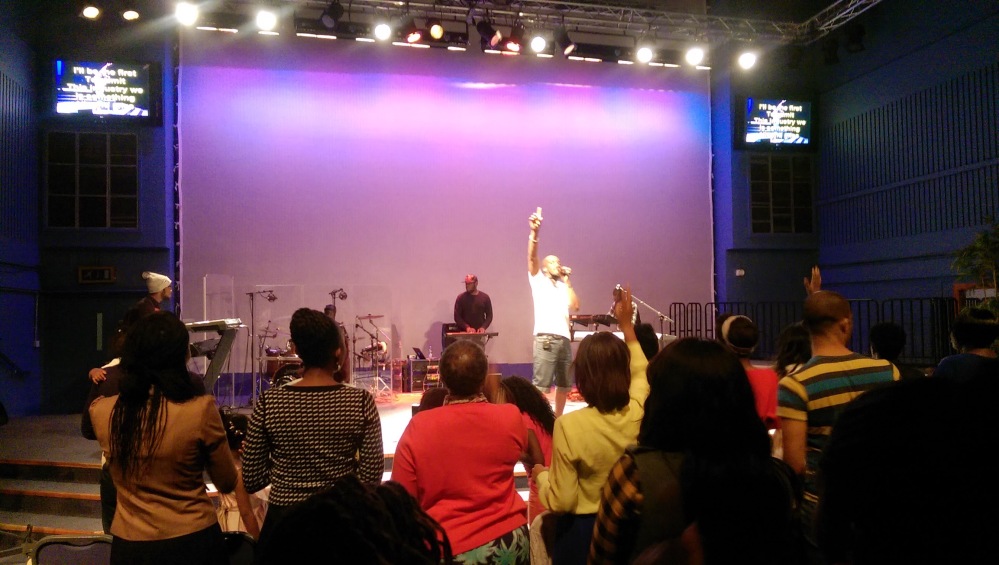 Who’d have thought? Hip hop works really well live. I’m not just talking about a live vocalist, I’m talking a rapper and full band. Dwayne Tryumf proved it could be done well when he recorded his album in 2011 and tonight Treblez did the same.

Treblez, the GL Records artist appeared at El Shaddai church in London to record his latest album. With him was a drummer, three keyboardists (one was the bassist) and more keys and synths than you could shake a stick at. In fact, when the mood took him, Treblez himself took to the keys to drop a quick solo.

And that’s really what sums up tonight. Treblez is a more than capable rapper, singer and musician and because he wasn’t shackled by backing tracks all night, he was free to do what he was led to do. It was fluid, worship centred hip hop that everyone could get involved in. And the fact that it was hosted by El Shaddai in the slot of one of its usual Sunday services, there was a wide age range there, not all of whom were used to hip hop but all seemed ready to join in.

There were tracks from Treblez’s Tales By Candlelight album as well as a few others. He didn’t perform enough tracks tonight to make up a full album so maybe it’ll be topped up with studio tracks or be released as an EP. Either way, I’m looking forward to hearing it.

Also on the bill tonight was Chip Kendall (off of Thebandwithnoname from back in the day). If the world had more Chip Ks I think there would be a lot more kids excited about Jesus. He was energetic, enthusiastic and when I arrived there was already a ‘mosh pit’ of kids giving it everything. Youth work is Chip’s bag and it definitely shows. Special mention goes to Chip’s massive Mohawk. The aren’t many hats that can control that thing!